Why some people tend to do better in the luck department

It was the 12th anniversary of the founding of our digital marketing firm, Unyscape, when I took to my yearly ritual – thanking people who had been instrumental in us having a dozen fruitful years.

That’s when realization dawned- the very act of meeting this bunch of people who had gone out of their way to help us and put us firmly on the road, was sheer happy coincidence. While that makes me sound like one lucky fellow, to the eternal planner in me, reducing 12 years of sweat and blood to some chance encounters was a tad uncomfortable, to say the least! 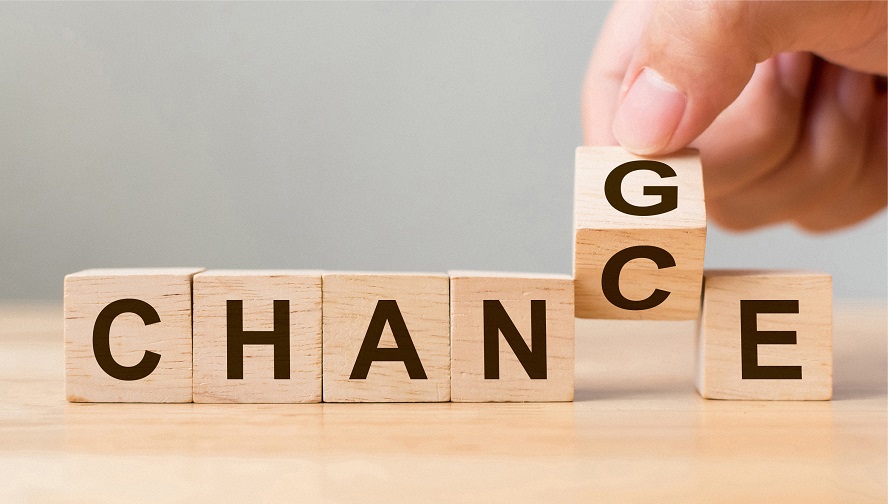 It is around this time that I chanced upon Dr. Christian Busch’s book, “The Serendipity Mindset: The Art and Science of Creating Good Luck”, that gave me a piece of statistics that had me in awe. “Studies suggest that around 50% of major scientific breakthroughs emerge as the result of accidents or coincidences”, it said. We wouldn’t, for example, have had antibiotics if one of Alexander Fleming’s Petri dishes hadn’t accidentally become contaminated and grown a mould that led to the discovery of Penicillin. While another scientist might have cursed his luck and summarily thrown the “ruined” Petri dish in the bin, it was Fleming’s curiosity, his “serendipity mindset” that sparked one of the most important medical breakthroughs in history. “Serendipity is smart, active luck,” Dr. Busch went on to say, offering my bruised ego the much-needed validation! Successful people have cultivated this “serendipity mindset” that allows them to generate luck, as it were. The good news also is that today’s connected, and fast-changing digital world offers a lot of scope for serendipity.

Elements of the serendipity mindset

What then are some of the elements of this serendipity mindset? If you are the scientific type, you would probably be relieved to know that there is an actual legit equation that you could master. The concept of “Luck Surface Area”, was first propounded by the entrepreneur Jason Roberts. Simply put, it says your luck surface area is the amount of action you take around your passion combined with the number of people you communicate your passion to. To the scientifically inclined, therefore, L = D x T, where L is luck, D is doing and T is telling. Below is a graphical representation. 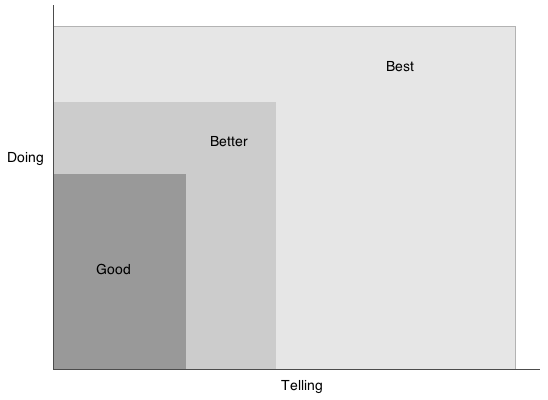 Let us go on to look at 4 important components of the serendipity mindset in some detail. The first two of course come from the concept of Luck Surface Area, above.

This part is pretty simple (to understand at least, if not to put into practice!)- the more you pursue your passion, the greater your expertise in the subject. If you delve into this closely, there are actually two principles being propounded here- the first, is of course to have the courage to pursue your passion and the second is to do it long enough. Remember Malcolm Gladwell’s book, Outliers, that popularized the 10,000-hour rule, in the making of an expert? Many of us, on the other hand, are guilty of picking up a certain pursuit and then not devoting enough time to it; possibly even giving up when we may have been at the brink of success. Legend has it that the iconic rock band “Journey’s” keyboardist, Jonathan Cain, moved to LA to make it big in the world of music. With the initial going being very tough, he would often call home and ask his father whether he should keep trying or give up on his passion. His dad had the same 3-word response every single time- “Don’t stop believing”. Today of course Journey’s popular song “Don’t Stop Believin’” has millions crooning to its tune!  Sheer luck? Or “D” of the L = D x T equation? You decide.

The second factor that improves your luck surface area is to do with telling. That means reaching out to enough people to share your passion. Now that could mean striking up a conversation with the person sitting next to you on that flight (pre-COVID times, remember?) or joining that online community, connecting with someone on LinkedIn or Twitter, seeking or offering help. 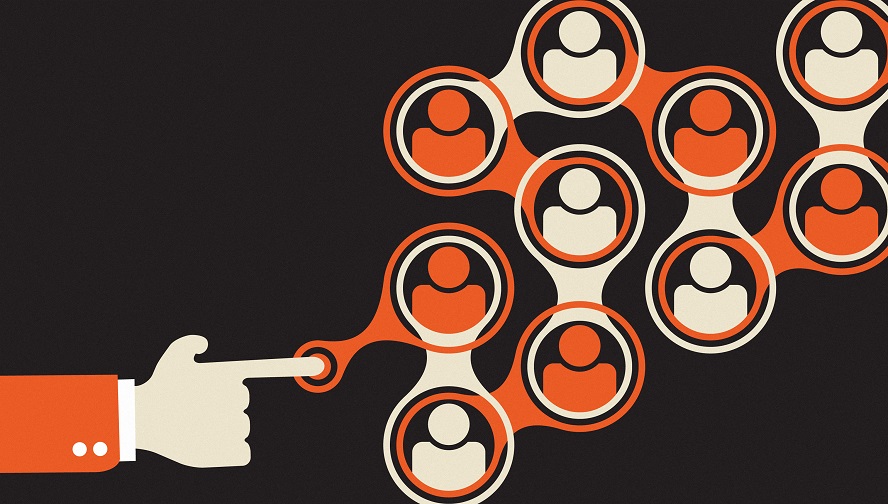 In fact Dr. Busch even has a formula there. He recommends that each time you introduce yourself to people, do so not just with your work designation, but with multiple facets of yourself. For example if I went with- “ I head a digital marketing firm, love to read business books and am a golfing enthusiast,” I would have seeded multiple opportunities for serendipity. Who knows how this introduction could lead me to a golfing partner and that in turn could lead me to other business connections while I hit that putt or drive!

#3. Finding meaning in the unexpected

If there is one other thing that I have witnessed in my entrepreneurial journey, it is also that success comes to those who are able to not just deal with the unexpected but also see meaning in it. For most of us who are so used to being on top of things, the idea of not being in control of a situation is a scary concept, to say the least. However, the key to success is being open to possibilities and the fact that unexpected happenings can also sometimes be our ally. If you have a prepared mind you could make the most of just about any situation, no matter how bizarre. 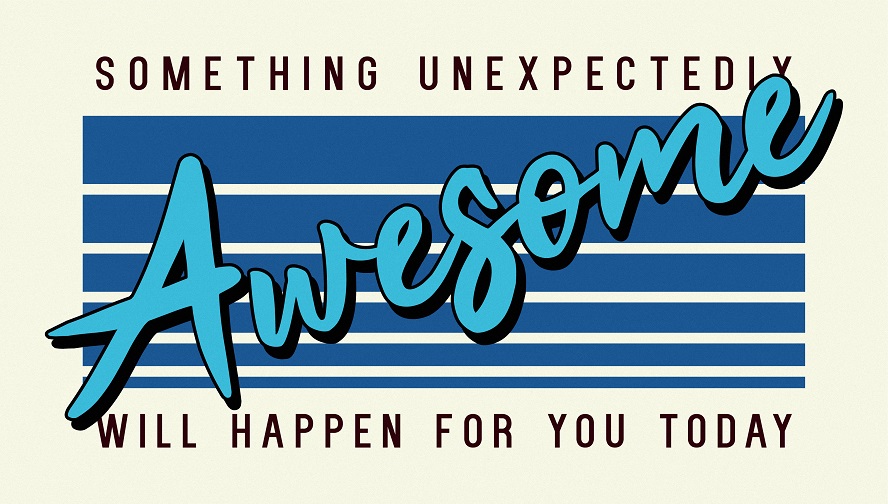 The story of the invention of Post-it Notes, for example, is legendary. It is the story of a scientist who set out to create a strong adhesive. Had he been hell bent on that plan alone, his would have been a story of failure. Yet Spencer Silver is known to have developed a new material that was light enough to easily remove and peel apart, albeit accidentally. A clear case of reacting positively to an unexpected event, in this case the failure to develop the adhesive!

Add to this the old-fashioned theory of karma, of what goes around, comes around and you have the final ingredient of orchestrating serendipity. In other words, treat people well and give them the empathy they deserve, irrespective of whether they are your clients, employees, vendors or any other stakeholders. The next time you encounter a call for help in an area you have mastery in, go ahead and share those pearls of wisdom and sure enough someone will show up and vouch for you when you need to make that crucial introduction with a prospective client. Collaborative working isn’t just a business jargon, but also a way of life. In fact, if there’s one thing the pandemic has taught us, it is that the way ahead is together. 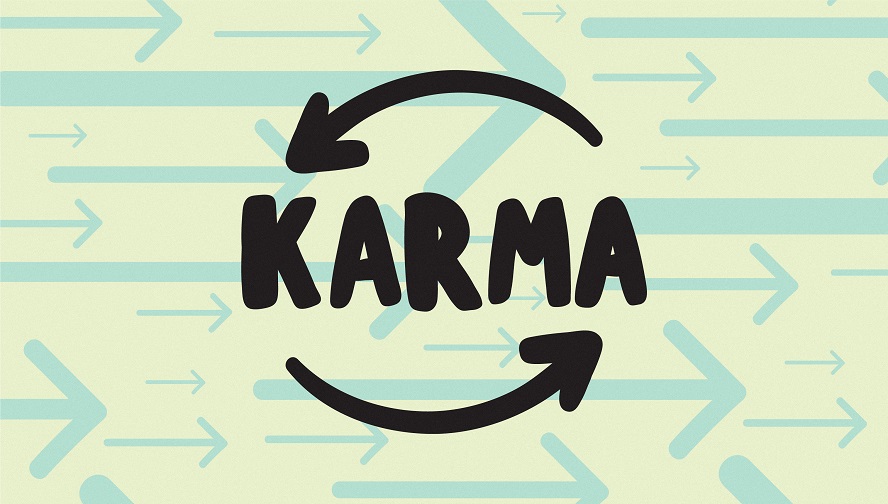 So the next time around, you stop to remark how lucky someone is, take a moment to think if it is indeed random chance or the person’s ability to actively court and nurture luck! As for me, I am now prepared to throw some of those serendipity hooks. Feel free to reach out to me, should there be anything I could help you with in the digital marketing space!

Here’s to you being a serendipity magnet!